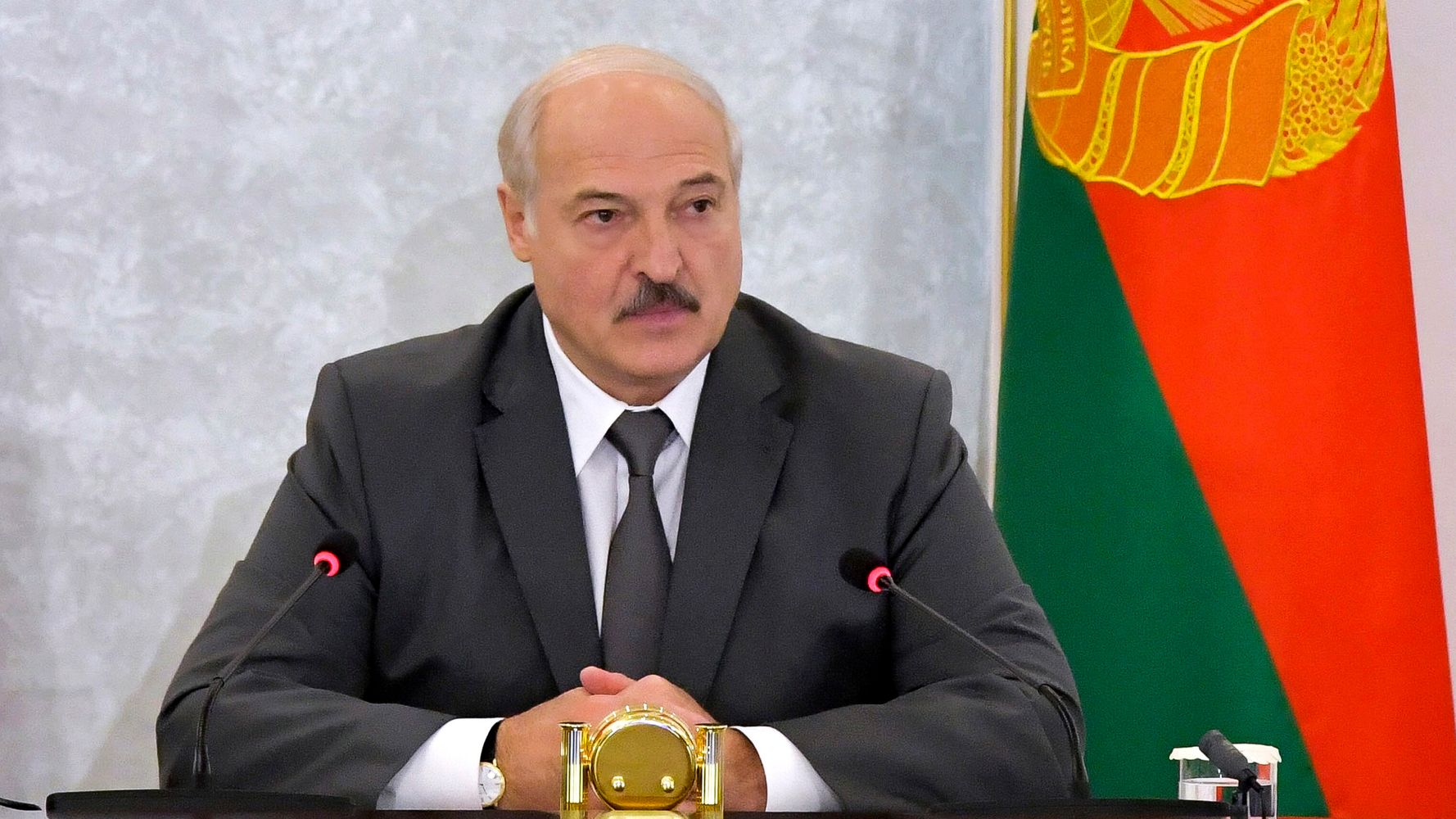 MINSK, Belarus (AP) — The authoritarian leader of Belarus complained that encouragement from abroad has fueled daily protests demanding his resignation as European Union leaders held an emergency summit Wednesday on the country’s contested presidential election and fierce crackdown on demonstrators.

Belarusian President Alexander Lukashenko ordered his government to relay “the official point of view” on the post-election protests to the leaders of France, Germany, Poland, Lithuania and Ukraine and to “warn them — no need to be shy — about the responsibility for fomenting unrest.”

Lukashenko’s statement at a meeting with government officials came after his top challenger in the Aug. 9 election urged the EU not to recognize the official results, which gave the country’s longtime president his sixth consecutive term with 80% of the vote and the candidate who finished second 10%.

“I call on you not to recognize these fraudulent elections. Mr. Lukashenko has lost all the legitimacy in the eyes of our nation and the world,” opposition candidate Sviatlana Tsikhanouskaya said in a video statement released before the start of the EU summit.

Tsikhanouskaya, a former English teacher who entered the presidential race after her husband was jailed and drew tens of thousands of supporters at campaign events, dismissed the election results as falsified and demanded a recount. She left Belarus for Lithuania last week, a move her campaign said was made under duress.

On Monday, Tsikhanouskaya’s associates announced the formation of a “coordination council” to help plot a peaceful solution to the political crisis in Belarus. The council convened for the first time on Wednesday.

“It will lead the process of a peaceful transition of power via dialogue. It will immediately call for new fair and democratic presidential elections with international supervision,” Tsikhanouskaya, 37, said in the latest video statement.

Lukashenko, 65, has repeatedly rejected demands to step down and bristled at the idea of talks with the opposition. He denounced the coordination council as a “an attempt to seize power” in the country and threatened prosecution for creating “alternative (government) bodies.”

This week, workers at several major industrial plants, including a huge factory that accounts for a fifth of the world’s potash fertilizer output, went on strike to also demand the embattled president’s resignation. On Wednesday morning, protest rallies resumed in the capital of Minsk for an 11th straight day, some of which police moved to break up after nearly a week of not interfering with the peaceful protests.

Several dozen people were detained in front of the Minsk Tractor Factory, where workers have been on strike since Monday, Sergei Dylevsky, leader of the factory’s strike committee, told The Associated Press. The country’s Interior Ministry said in a statement that police detained only two protesters and pushed the remaining crowd aside.

Police blocked all entrances to the Janka Kupala National Theater in Minsk, where the troupe on Tuesday gave notice en masse after its director, Pavel Latushko, was fired for siding with protesters. Actors who arrived at the theater on Wednesday morning weren’t allowed in.

“It’s unprecedented that in the 21st century law enforcement is deployed to a cultural institution. The situation speaks for itself,” Latushko said.

Western officials refused to recognize the election as free or fair and criticized the violent crackdown. The EU is preparing a list of Belarusian officials who could be blacklisted from Europe over their roles.

In a letter inviting leaders of the bloc to the teleconference taking place on Wednesday, European Council President Charles Michel said that “what we have witnessed in Belarus is not acceptable.” He said the “violence against peaceful protesters was shocking and has to be condemned. Those responsible must be held to account.”

Daria Litvinova in Moscow contributed to this report.