Prince Harry and Meghan Markle’s unprecedented decision to step back from the royal family arrived without warning on Jan. 8.

Though it was clear that the Duke and Duchess of Sussex were facing unending stress and pain due to the tabloids’ racist and sexist attacks on Meghan and that they were frustrated by certain aspects of life within The Firm, their decision to reduce their royal duties left many sad ― particularly because of the excitement surrounding everything that Meghan, who is biracial, brought to the monarchy.

HuffPost spoke with Omid Scobie, royal editor of Harper’s Bazaar and co-author of the bombshell biography “Finding Freedom,” on Wednesday about what the royal family is missing now that Harry and Meghan are gone and what was the most “tragic” part of losing them.

“It’s such a shame because I think one of the changes that made covering the Sussexes as working members of the royal family so exciting was that they did usher in a new wave of royal watcher, especially traveling with them overseas,” Scobie said. 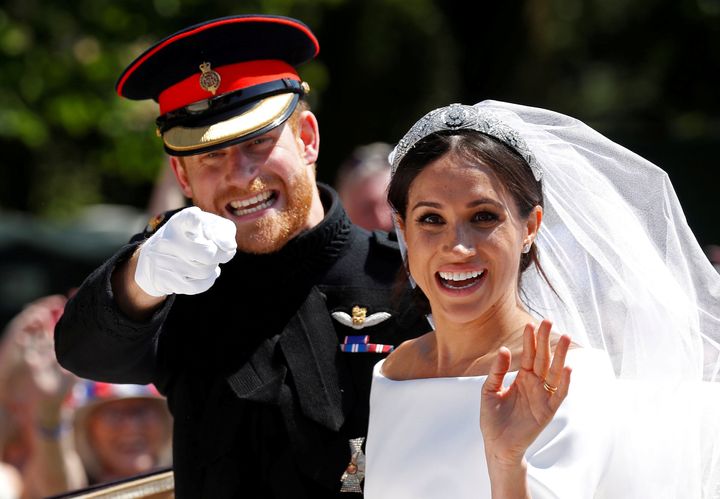 Damir Sagolj/Reuters The Duke and Duchess of Sussex beaming with joy on their wedding day in 2018.

The journalist pointed to meeting young Indigenous girls in Australia ― while on a royal tour with the couple ― who said “that they kind of for the first time see a woman that they feel represents them in some way within the House of Windsor.”

“That was an incredibly rare and progressive moment for the royal family,” he said.

Scobie added that the royal family’s “opportunity to represent diversity and inclusivity is no longer there.”

“It’s what makes this such a tragic incident. And one that I’m sure we’ll be looking back on many years to come because really for the monarchy to survive, it needs to modernize,” he explained. “And I think for it to modernize, it also needs to diversify, but you can’t force that diversification ― that comes in a very organic way. And it was an amazing opportunity with Meghan that didn’t quite work out.”

Scobie, who is biracial himself, expressed his own disappointment regarding the Duchess of Sussex’s step back in a very candid article after her last engagement as a working royal in March.

Simon Dawson/Reuters Meghan and Harry at one of their last engagements as working royals this March.

“As a young(ish), biracial royal correspondent, the change was exciting,” he wrote, recalling the couple’s initial impact. “Their high-energy work ethic and passion for social justice attracted a new, more diverse demographic of royal watcher to the scene,” he added.

These days, the Sussexes are expanding their work on racial justice, among other issues important to the couple, as they can seize more opportunities outside the formal confines of royalty.

Scobie said that the new projects Harry and Meghan are involved in (like advocating for the Stop Hate for Profit campaign) and the range of websites they’re speaking with (including exclusives with Essence, Marie Claire and Glamour) shows how ready the Sussexes were for change.

“I think a lot of these were ideas that they would have had whilst working as members of the royal family but weren’t able to execute. And of course, now they have the freedom to do so,” Scobie said.

“We have these sort of incredible moments now where we see Harry talking very publicly about things like systemic racism, which of course, I think there’s probably a new era for him as well,” the royal editor said. “I don’t think this new chapter is holding them back in any way whatsoever.”